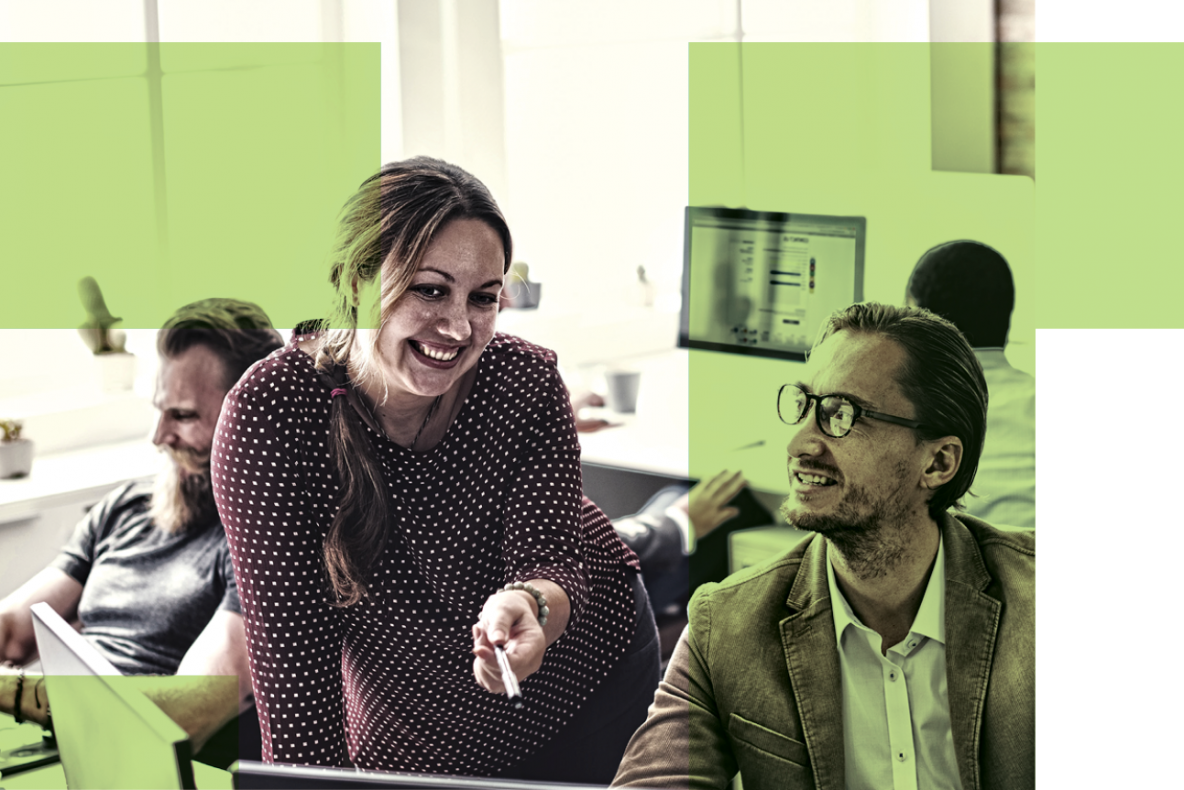 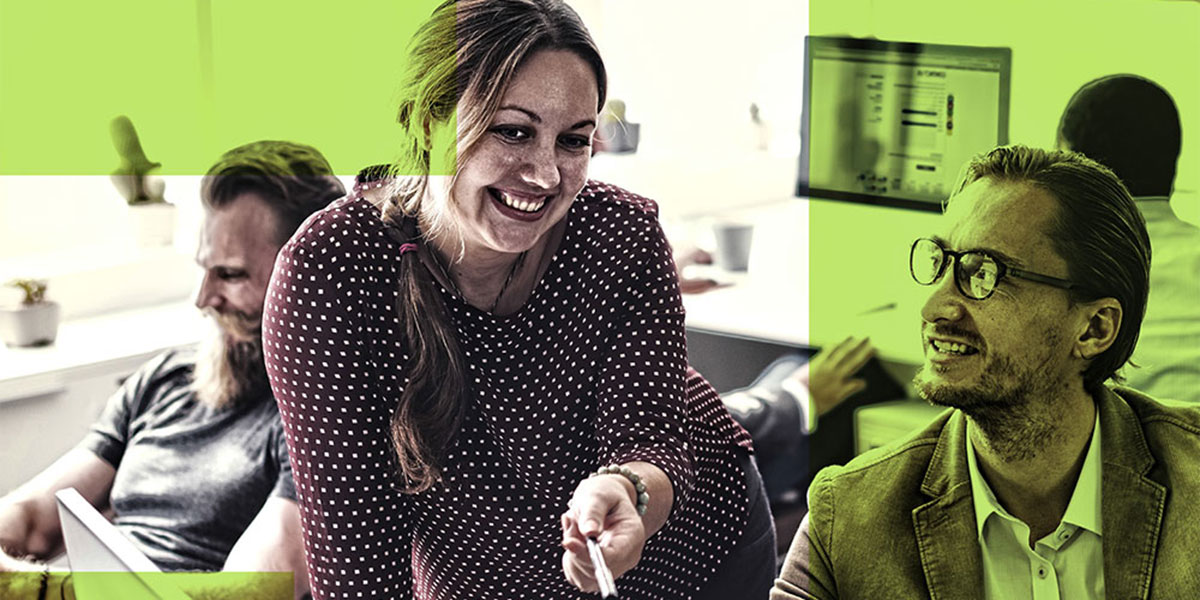 The benefits of coworking go far beyond Wi-Fi.

Let’s be honest. In the entrepreneurial world, there are dabblers and then there are those serious, committed, and passionate about bringing their ideas to market.

Driven by a dream and hyper-focused on bringing their ideas to life, entrepreneurs pulsate with an unmistakable energy. And while they come to the arena of business from varying industries and with widely differentiated goals—each calculates the risks while attempting to defy the odds.
With quick minds that conceptualize beyond the traditional 8-to-5 regime, entrepreneurs are a breed unto their own. Yet, amongst each other, they’re kindred, inherently understanding each’s ultimate plight.

To bring these dynamic folks together in unified spaces for like-minded synergy, coupled with specified resources critical to entrepreneurial growth, would be a high- level concept, indeed. And it was, in 2005, when entrepreneur Brad Neuberg opened the first of its kind: The San Francisco Coworking Space at Spiral Muse.

Today, the concept-turned-reality is called coworking, and as stated at www. bisnow.com: “This is not a trend. It’s a fundamental shift and growing at warp speed.”

But coworking spaces are designed to address more than physical entrepreneurial needs.

As Damian Fisher, an attorney at Gray SKY & Associates PLLC who frequents coworking space, says, “It’s a marketplace of ideas and innovation exchange, a genuine way to network and share.”

Within coworking spaces, established companies work alongside newcomer startups, and experts are available to consult at every turn. Entrepreneurs collaborate and build relationships, furthered by in-house coworking perks.

On any given day, software developers may hash out a new concept in the conference room while a nonprofit conducts a meeting with prospective donors in another area. Advertising teams may strategize in a private work station as individuals at open desks hammer out software code. At an all- are-welcome lunchtime event, entrepreneurs of a startup work on perfecting an investor pitch as they receive real-time feedback from seasoned advisors. Mingling at an evening event, coworkers may engage in informal conversation with experts in their direct field while gaining invaluable advice.

It all began with one coworking location in the United States in 2005.

As of 2013, www.deskmag.com reported nearly 2,500 global locations—with coworking members increasing by 245 people, on average, each work day—and according to its annual Global Coworking Survey, as reported in January 2016, over 10,000 coworking spaces are forecasted to open by the end of 2016.

The growth of coworking spaces is undeniable, as are the benefits. According to Deskmag’s annual Global Coworking Survey, 71 percent of participants reported a boost in creativity since joining a coworking space, 62 percent said their standard of work had improved, 64 percent said they are better able to complete tasks on time, and almost 90 percent reported an increase in self-confidence.

Numbers speak volumes, but perhaps the best way to examine coworking, and why it is so popular, is to look at who benefits—and what they stand to gain.

Charlie Burke, treasurer for The Isabella County Restoration House, a homeless shelter, came to cowork when he started the process of establishing the organization.

“We needed a place to have meetings [and] access to computers, and we needed a legal address for tax purposes,” Burke says. He adds that cowork also provided important credibility.

“Without any doubt, specifying our address at cowork helped us [raise seed money],” Burke says. “Knowing we were associated with a cowork organization, people figure that you’re serious about your mission. It helps you look professional.”

Which Type are You?

Travels the country for business and looks for coworking space wherever he is.

Looks for coworking spaces within the community to meet business objectives and gain self-fulfillment.

Eager, but needs knowledge gained from networking with experts and access to investors.

Escaping cubicles and business attire may initially seem ideal to people who work remotely, in addition to the theoretical idea of the increased work/life balance that is associated with laboring from home. However, lack of effectiveness is often the reality.

Jack Pritchett, home-based out of Chicago, is chief financial officer for a Michigan company and utilizes coworking space at both locations. Pritchett, who has assisted three entrepreneurial ventures and recently closed on a nine-month project to secure funding, says the ability to prove the success of a venture, without a doubt, is crucial to gaining capital.

Pritchett says coworking spaces provide every aspect of what is important to entrepreneurs, at every level, and are equally important to capital investment firms.

“If there’s a person or project that is worth keeping an eye on,” Pritchett says, “investors want to know the buzz first.”

Fisher, of Gray SKY & Associates PLLC, says spending time in coworking spaces can generate clients if that’s the goal. He finds the relationship-building aspect of coworking to be especially beneficial. He participates at cowork to give back to the community through mentorship.

“Sitting down to an informal conversation [at cowork] is like a semester of Business 101 in college at an accelerated pace,” Fisher says. “You get focused, direct, relevant knowledge on your terms.”

Office space and perks, credibility at the outset, connections and relationships, advice, knowledge, and mentorship throughout: Startups stand to gain much from coworking.

“The biggest problem for startups is that they are undercapitalized,” Burke says. “For the young entrepreneurs who ‘know it all’ but blow by the proof of minimizing quantifiable risk…it’s a non-threatening environment to get the support, the knowledge…it’s a very unique, high-class opportunity.”

In truth, no entrepreneur sets out to fail, yet according to www.Forbes.com, a whopping 90 percent of startups do. And while statistics of this nature can seem discouraging to some, the savvy entrepreneur—not just hungry, but honed—already knows the numbers and chooses to cowork with like-minded entrepreneurs, seasoned veterans, and expert mentors to defy the odds.